Meet your guide and proceed to the Nizwa city, the former capital of Oman. It rises around the walls of the famous Fort. Its construction embraces both traditional and modern architectural lines. Visit the Souk, which has remained for hundreds of years and home to many local industries. Omani daggers (khanjar), copper, silver jewelry, sale of livestock, fish, vegetables, and handicrafts can be found at the souk.

Photo stop at Birkat Al Maouz, one of the most famous ruined villages in Oman. With a large banana plantation and picturesque surroundings, the site is also home to the traditional Falaj irrigation system listed as a UNESCO World Heritage Site. It’s a lovely stop that will transport you back in time.

Overnight at a hotel in Jabal Akhdar. 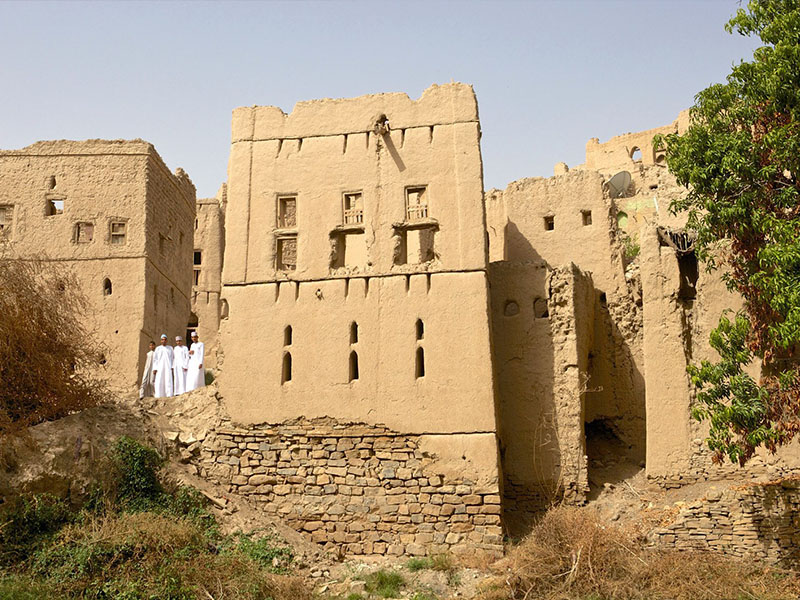 Visit the Saiq Plateau at 2,000 m above sea level. Jebel Akhdar is famous for its labyrinth of wadis and terraced orchards, where pomegranates, apricots and roses grow in abundance due to its mild Mediterranean climate.

Overnight at a hotel in Jabal Akhdar. 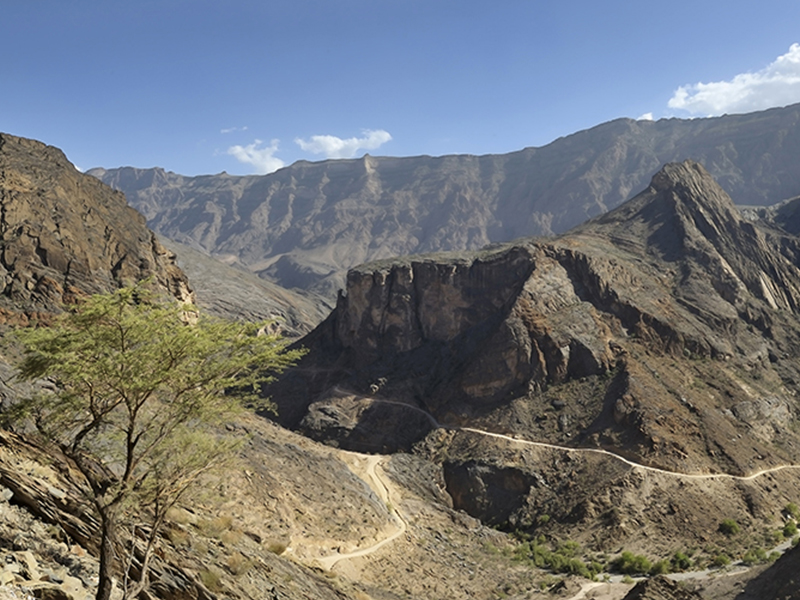 Visit the village of Al Hamra, one of the best-preserved ancient cities in the country and home to the living museum of Bait Al Safah. Walk among the old abandoned buildings and the old mud houses. Visit the museum to discover Omani traditions with local men and women showing the ancient practices.

Photo stop at Misfat Al Abreen, the village boasts wonderful agricultural terraces, beautiful alleys and old houses built on massive rocks. The old dwellings of Misfat Al Abreen are traditional mud houses with palm roofs and are unique in that they are built on solid rock foundations. Here you will also see the traditional Omani irrigation canals (Falaj system) where water is channelled from underground sources to support agriculture and domestic use.

Visit of Al Manzifat, a ruined village. The narrow alleys enhance the traditional architecture of the village where it was necessary to protect oneself from tribal raids and wars during the Middle Ages.

Arrival at the beginning of the Wahiba Desert. The dunes reach 200 km in length and 100 km in width to the Arabian Sea and have been the land of the Bedouins for 7,000 years. Possibility to venture into the high dunes and watch an unforgettable sunset in the desert, and then safely reach the camp.

Overnight in a camp in the Wahiba desert. 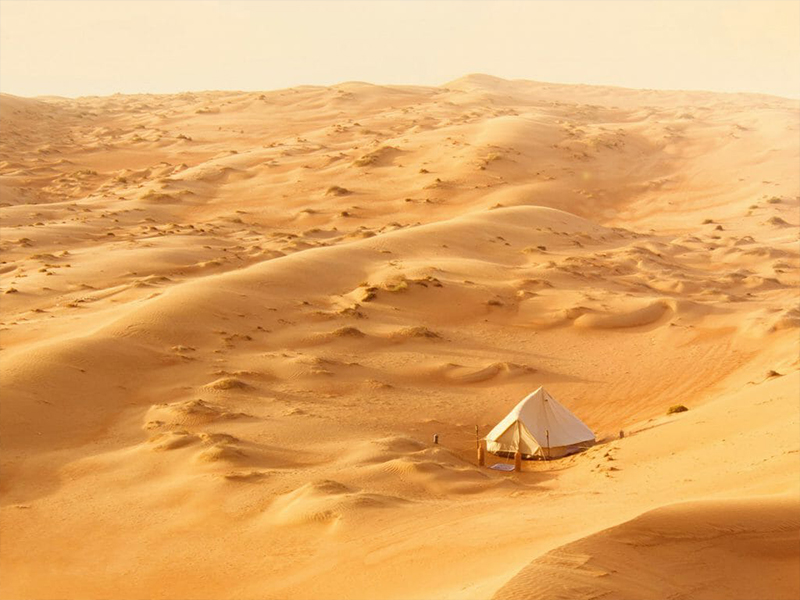 Breakfast at the camp.

Visit the enchanting Wadi Bani Khalid, past the village with its endless date plantations. You reach the magnificent Wadi. The pools are cool, deep and absolutely breath-taking. Free time to dive and try the crystal-clear waters.

Visit Sur, a placid seacoast town with its striking traditional dwellings, is a pleasant getaway and one of the most important towns in the Eastern region. A trip through Sur’s labyrinth of streets reveals many fine old houses with carved doors and arabesque windows. From the corniche, the dhows in the harbour can be seen against the scenic backdrop of the Gulf of Oman.

Visit Wadi Tiwi. It has been visited by explores for centuries. Ibn Battuta described its following streams, which still course through the valley today as carefully controlled Aflaj (the plural for Oman’s Falaj water system). Several small villages are overlooked by the valley’s cliffs; their inhabitants have carefully managed the water to create small farms with date palms, papaya, banana and more. Return to Muscat around 17:00 Hrs and drop off at your hotel in Muscat or at Muscat Airport. 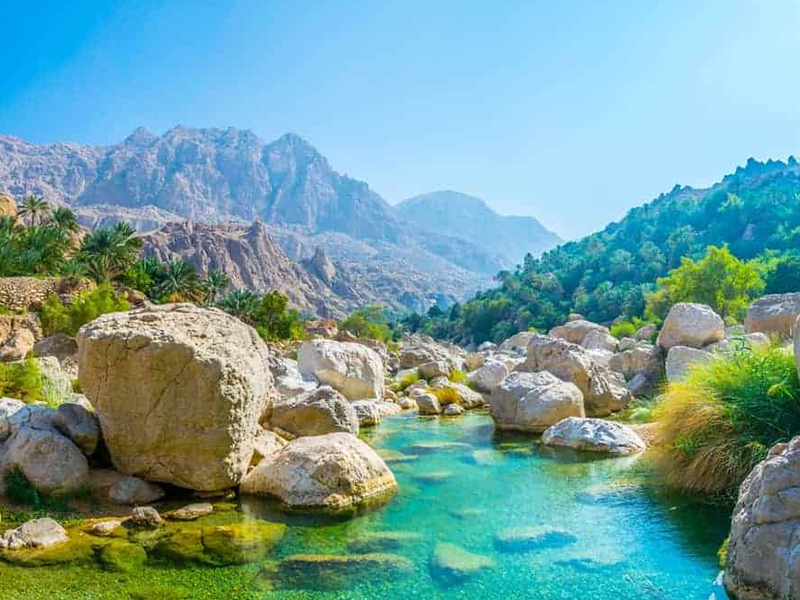 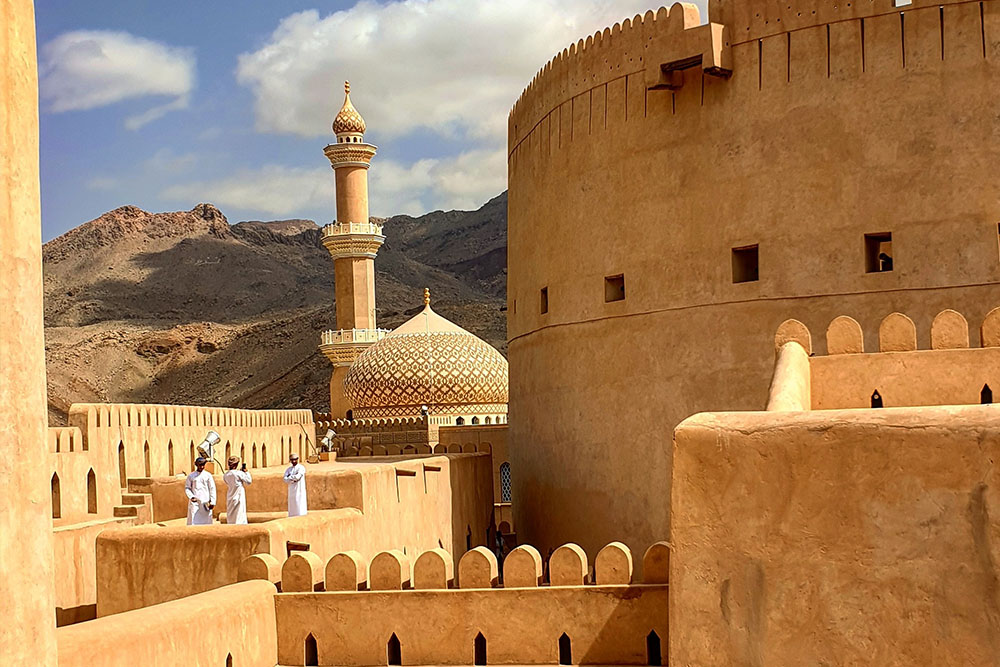 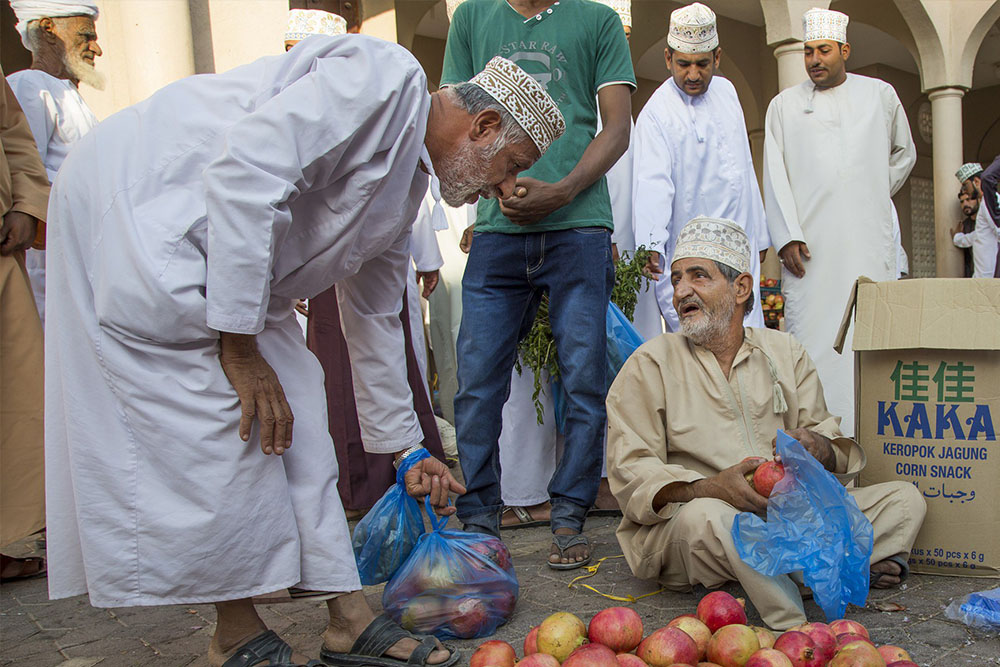 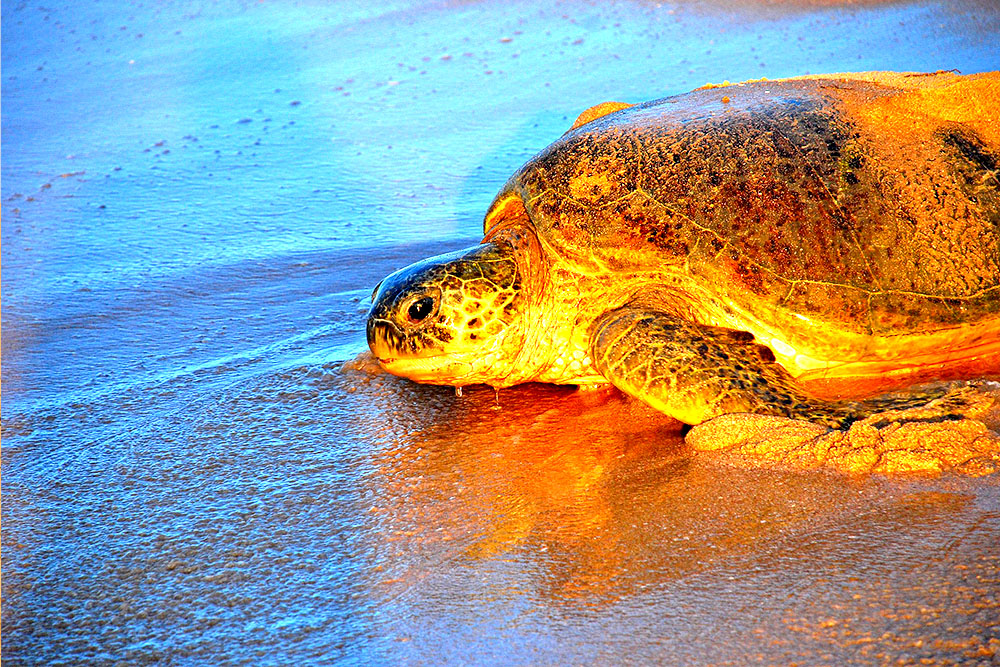 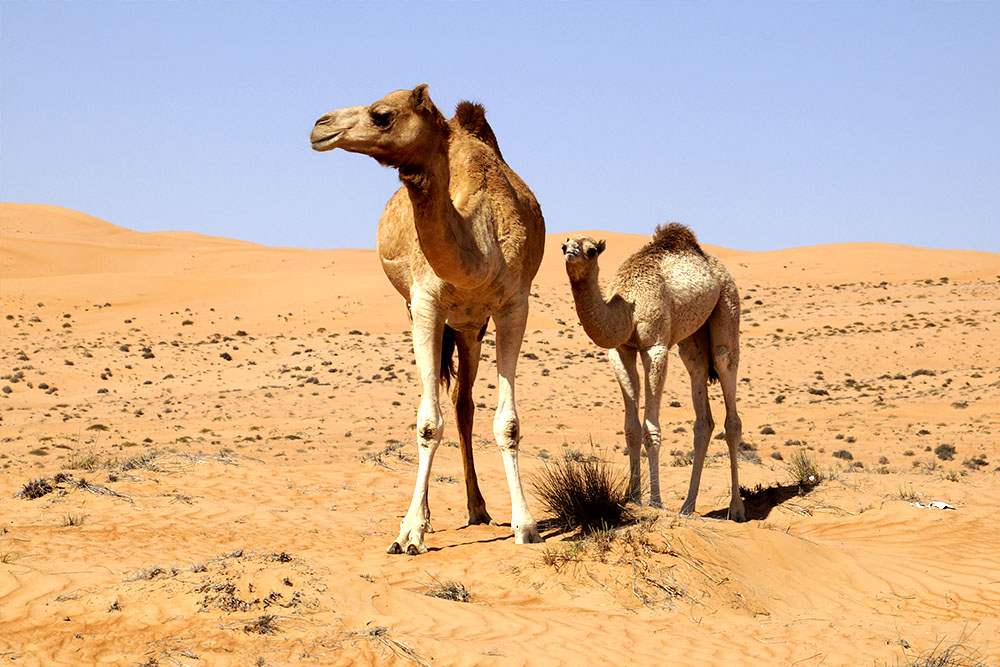