You will be met by the local tour guide at the hotel and departs from Muscat in the morning towards Sur. After a photo stop at the Bamah sinkhole (Possibility of swim in the sinkhole) and the white Sandy beach of Fins, you arrive in Wadi Shab. This Wadi is an enormous canyon gorge that is lined with palm trees and impressive indications of what the power of the water coming down from the mountains can do in nature.

With a 45-minute hike up through the canyon Wadi, you arrive at one of several crystal clear water pools. You can swim on through the warm waters from pool to pool. Eventually you come to the last pool where an opening among the enormous rocks allows you to swim into an incredible crevice cave with a small waterfall. Inside, the sunlight filters in from the outside, turning the water into a beautiful turquoise blue whilst water showers down one side of the cave from the wadi beyond. The tour continues to Sur. 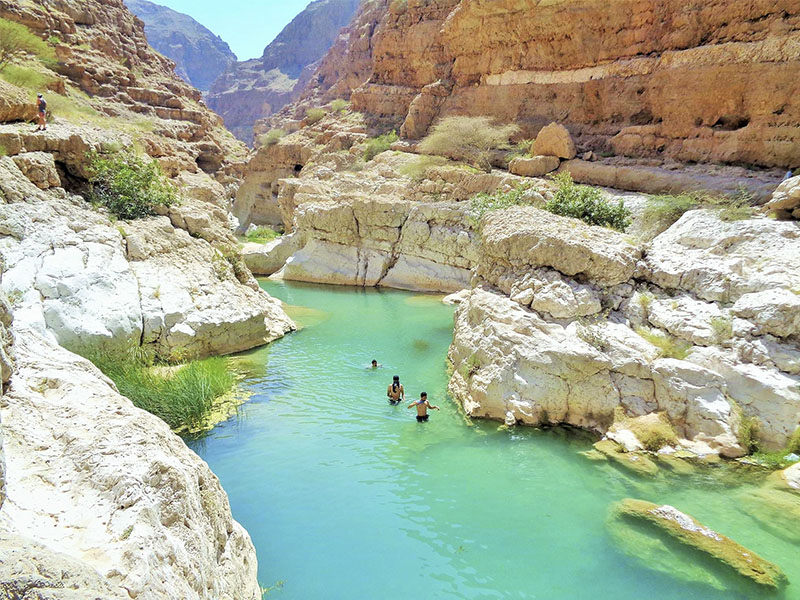 Breakfast at the hotel and visit Sur, a placid seacoast town with its striking traditional dwellings, is a pleasant getaway and one of the most important towns in the Eastern region. A trip through Sur’s labyrinth of streets reveals many fine old houses with carved doors and arabesque windows. From the corniche, the dhows in the harbour can be seen against the scenic backdrop of the Gulf of Oman.

After, you will drive on south along the coast until Ras Al Hadd. The afternoon you can walk around the Village or relax on a beach. In the evening you proceed to the Turtle sanctuary at Ras Al Jinz. Here you will experience a guided walking tour on the beach at night under the stars, where you will have a high chance of seeing omans great sea turtles stumbling on to the beach to build a nest and lay the eggs. If you are lucky, you can even see baby turtles hatching from some nests. 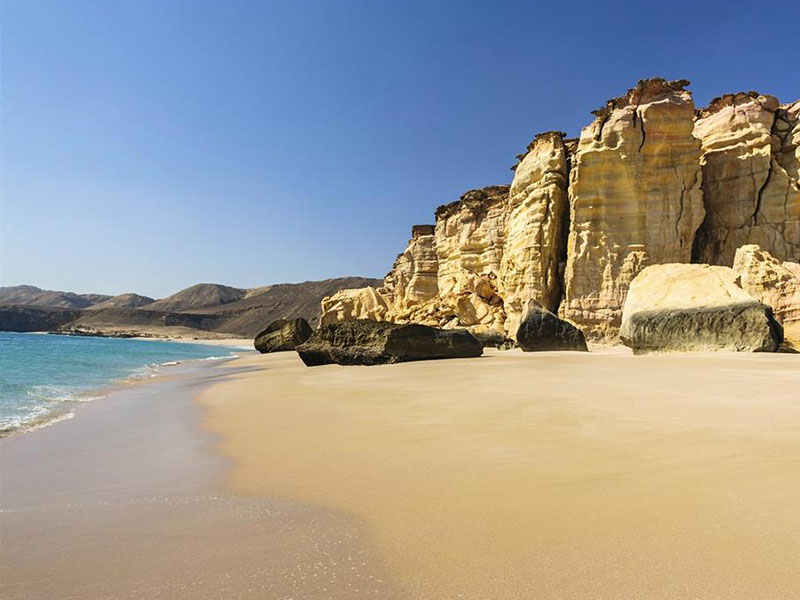 Breakfast at the hotel. Proceed to Wadi Bani Khalid, one of the biggest and most beautiful Wadis in Oman. Here you can swim, sunbath, relax and have a picnic in the beautiful scenic wadi canyons.

In the late afternoon continue to your desert camp in the Wahiba Desert, where you take part in an adventurous 4×4 Sand dune drive, experience the stunning sunset of the desert on one of the sand dunes.  Dinner at the camp and a nice relaxing time around a romantic campfire. 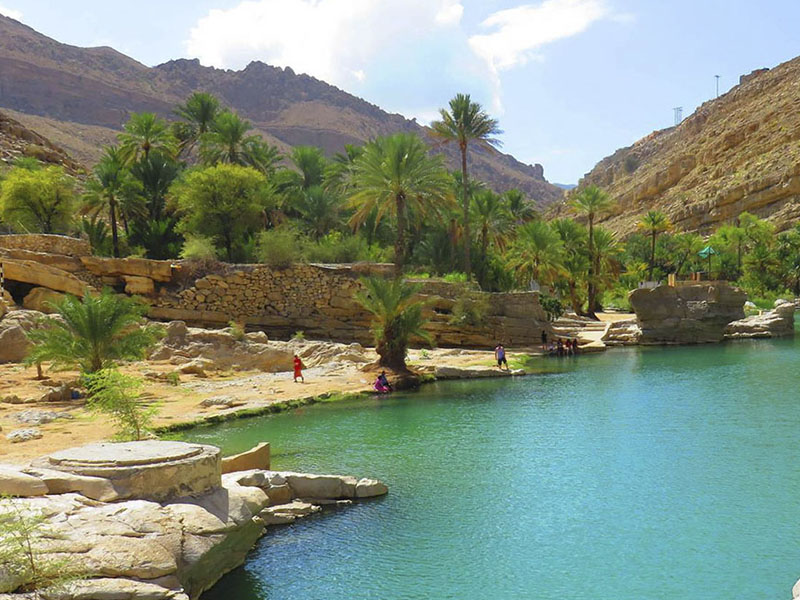 Breakfast at the Camp and proceed to the city of Ibra. There you will visit the colourful local Market (Souq) which take place on every Wednesday and the old ancient Village of Ibra. After, you drive towards Nizwa, the old capital city of Oman. You will arrive there in the afternoon, and after the Hotel check-in you have free leisure time for the rest of the day. 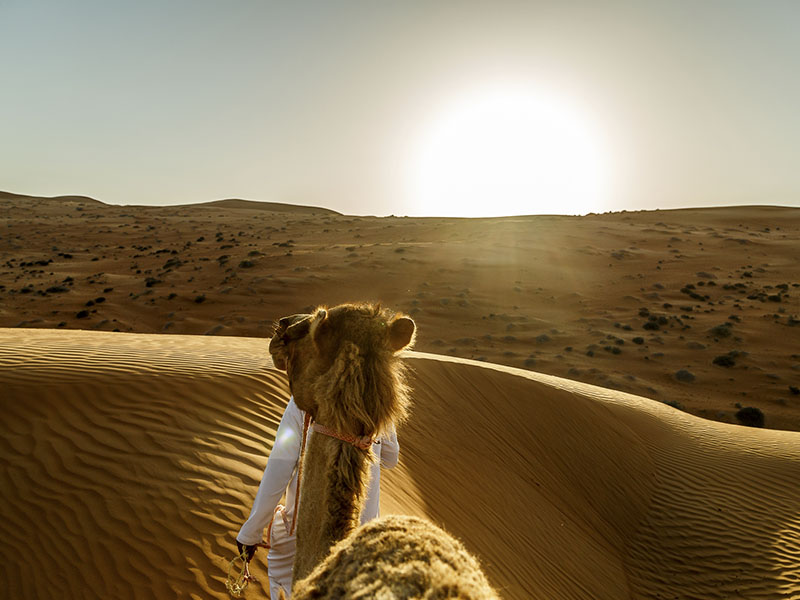 Breakfast at the hotel and visit the Nizwa Souq. It is among the largest of its kind in Oman. A wide variety of vendors offer their goods in the streets of the souk.  Here you can find fish, meat, vegetables, pottery, jewellery, handicrafts, and souvenirs which are sold in authentic old market halls that few places can boast. Especially interesting is the Friday cattle market, when the locals from the nearby Villages come to sell their donkeys, goats, cattle, sheep, and chickens in a circus style open marketplace.

Next to the Souq is Nizwa Fortress. The fort is a museum today and offers splendid views of this ancient town and the surrounding mountains. You can walk around in this impressive fortress and visit its many rooms, passages and towers. The fort is an architectural testimony to the economic and military achievements of the early Yaruba dynasty from the mid-17th century. It was a military stronghold designed to withstand even the strongest of attacks at the time. Even along the corridors, many traps were laid to deter any intruders that might have penetrated the defences.

From Nizwa proceed to Misfat al Abriyeen. This picturesque village lies on a steep slope at the foot of Jabal Shams, a few kilometres from the village of Al Hamra and consists of old homes and narrow streets. It has a large Falaj system which supplies water for many orchards, date palms and vegetables. Enjoy a short walk around the village. There are marked footpaths through the village and surrounding area. After visit the Jabreen Castle. The castle was originally designed as a residential palace in 1670 by Sultan bin Saif Al in the Ya’arubi Dynasty. An extensive renovation was carried out in 1984. The interior includes various furniture and traditional utensils to provide visitors with a taste of period castle lifestyle. The building itself is decorated with elaborate wood carvings, ceiling paintings and stucco work. Return to Nizwa. 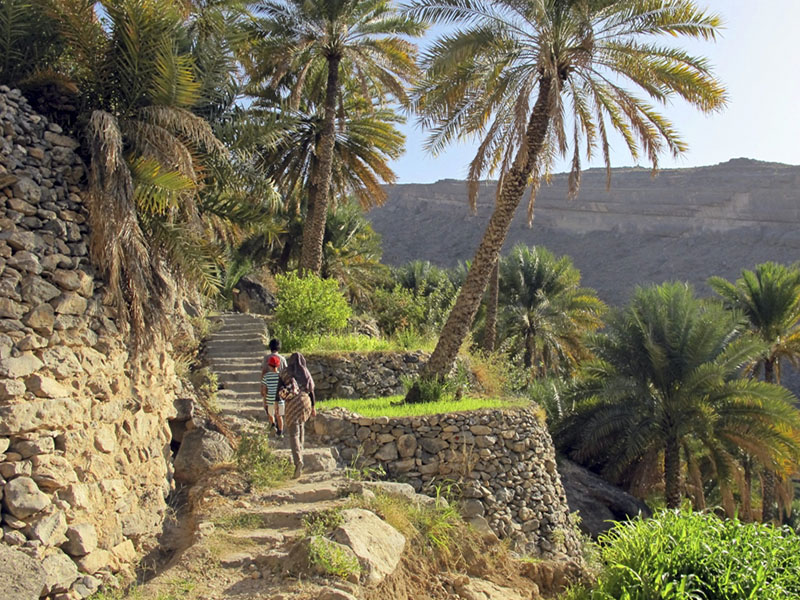 Breakfast at the hotel and drive up to the Jebel Shams Mountain.

On the way visit the Al Hoota Caves. This cave is one of the largest cave systems in the world and is now a major tourist attraction in Oman. It consists of large underground rivers with the Al Hoota cave as the entrance to the cave system. Later you will make a stop to the ancient village of Al Hamra to visit a cute little museum, which opened up in one of the old, restored houses within the village. Some Omani women will show you around a traditional 7-bedroom house. They will also demonstrate how they used to make coffee, food, and pottery in the old days. After the small tour you will be led into a Majilis (Omani living room) to have Omani coffee/tea and dates.Read more…

From there you start the drive up the Jebel Shams Mountain where you spend the night. You can spend the afternoon walking around the famous Grand Canyon of Oman. There are many different walking paths to choose from (easy short or difficult and long). The Canyon edge offers spectacular views of the wadis and valleys below. 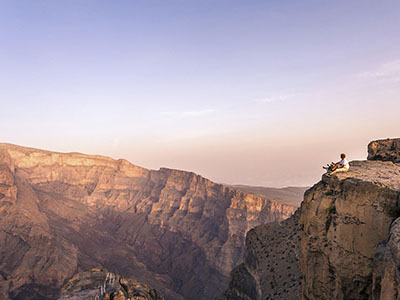 Breakfast at the hotel.  You drive down the mountain on the other side (east) into the Wadi Bani Awf. This mountain road drive is one of the most spectacular adventurous in Oman, offering an exciting off-road experience and fantastic views. Once you reach the Valley (Wadi Bani Awf), the road leads through the Wadi for about 1 ½ hours while passing numerous small villages. 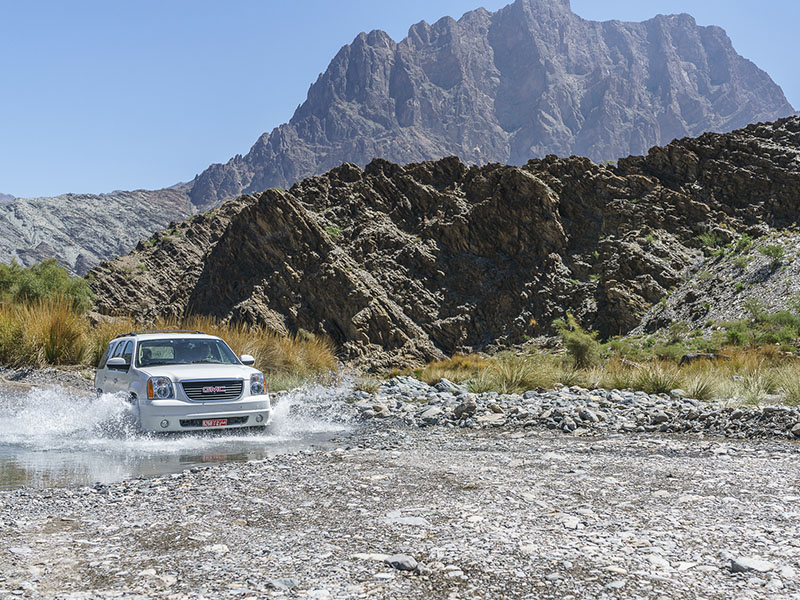 DAY 08 Hotel in Muscat – Salalah by flight – Overnight at Salalah

Breakfast at the hotel and proceed to Muscat Airport. Take the domestic flight to Salalah in the morning (1 ½ hours). Arrive in Salalah and transfer to the hotel. Rest of the day for leisure. You can relax on the beach or explore Salalah City. 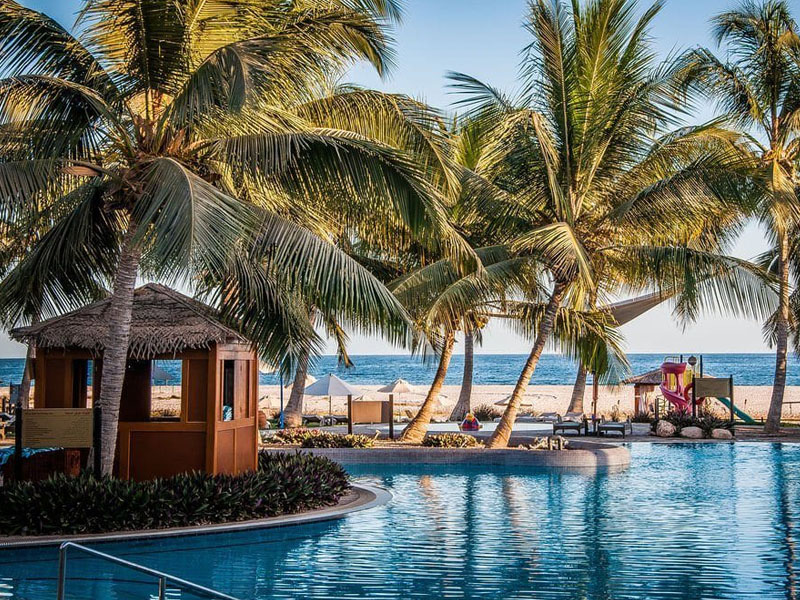 Breakfast at the hotel and proceed to Taqah. The wilayat of Taqah exudes a gripping appeal intertwining historical and scenic attractions dating back to thousands of years. The powerful port city of Sumharam, which controlled the maritime trade of frankincense, the dazzling Darbat waterfalls and ancient mountain villages are but a few of the well-known historical and scenic landmarks in the Governorate of Dhofar.

A visit to the countryside of Taqah offers the opportunity to explore magnificent locales which retain their original self, large mountainous areas untouched by the pressures of habitation and left on their own to nurture environmental enigmas.

Your next stop is then Sumharam. If silence could speak, the antiquated port city of Sumharam, which reigned supreme 2,000 years ago as the guardian of the perfume paradise, will narrate endless accounts of the heydays etched by the fortified hill city adjacent to Khor Rori Creek. Strategy at its best sums up the ancient city’s soul reflected in its ruins. Sumharam is located in Taqah, 30 km from Salalah.

Then you will visit Wadi Darbat , home to an amazing variety of plants, trees, birds and flowers. See the longest cave in the world, Tage. See the fantastic views of the Dhofari Coastline and the Indian Ocean from Jebel Samhan. There are several shallow caves in the limestone hills along the northern side of the spring and pool.

Ain Razat is the most important source of spring water in Dhofar. It used to be one of the main sources of water for Salalah. Its water as well as several smaller springs flow into a long pool on the northern side of the carpark at the foot of the jabal. Water flows along a falaj (watercourse) throughout the year, although flow is highest during the khareef. This water flows 7 km to Al-Mamurah Palace, the Sultanâ€™s residence when in Salalah. A further 3 km further on the watercourse reaches Razat Farm. After Ain Razat, return to the hotel. 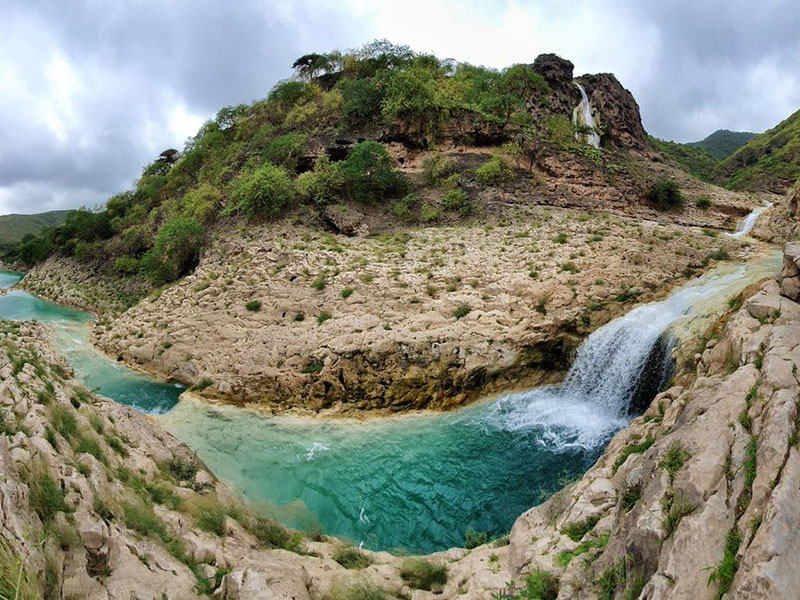 Breakfast at the hotel. Start the day with a visit to Mughsayl, a popular beach located west of Salalah. Here you can see the blowholes. When the waves from the sea hit the rock, because of these vents on the ground, air and water is forced up the vent and comes up almost like a fountain, however the volume of water and force of air is surprisingly strong. It is something that is very enjoyable when you are actually waiting near the blowholes for the air and water to spray up. Read more…

Around the area you have the chance to see the famous frankincense trees (boswellia sacra). This tree has gained worldwide fame. Dhofar has known frankincense since time immemorial, and frankincense is mentioned in ancient history books. It is known to be the best in the world and has brought the region to great wealth thousands of years ago, when frankincense was more valuable then gold.  Before you return to the hotel, visit the Nabi Ayub grave. This tomb is inside a mosque, where supposedly Nabi Ayub (tomb of the prophet Job) is buried. 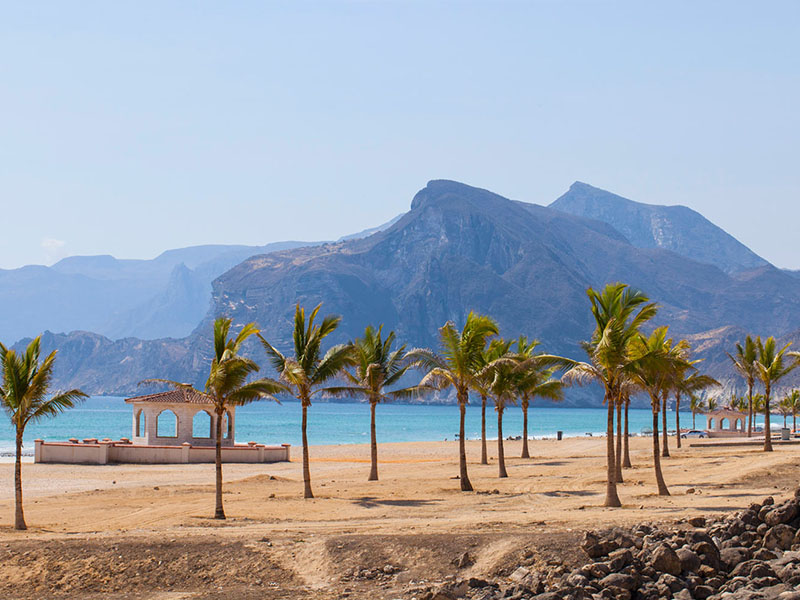 Breakfast at the hotel. Proceed to Salalah Airport and take the connecting flight to your next destination. 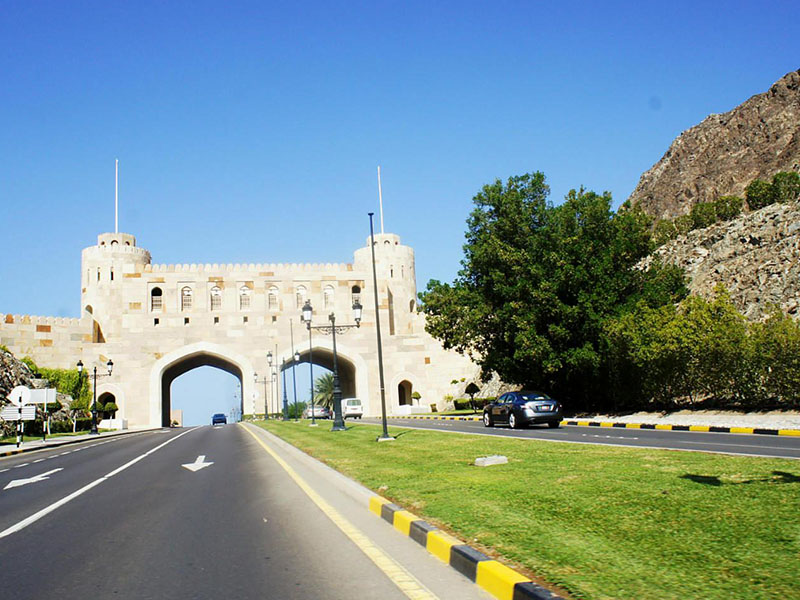 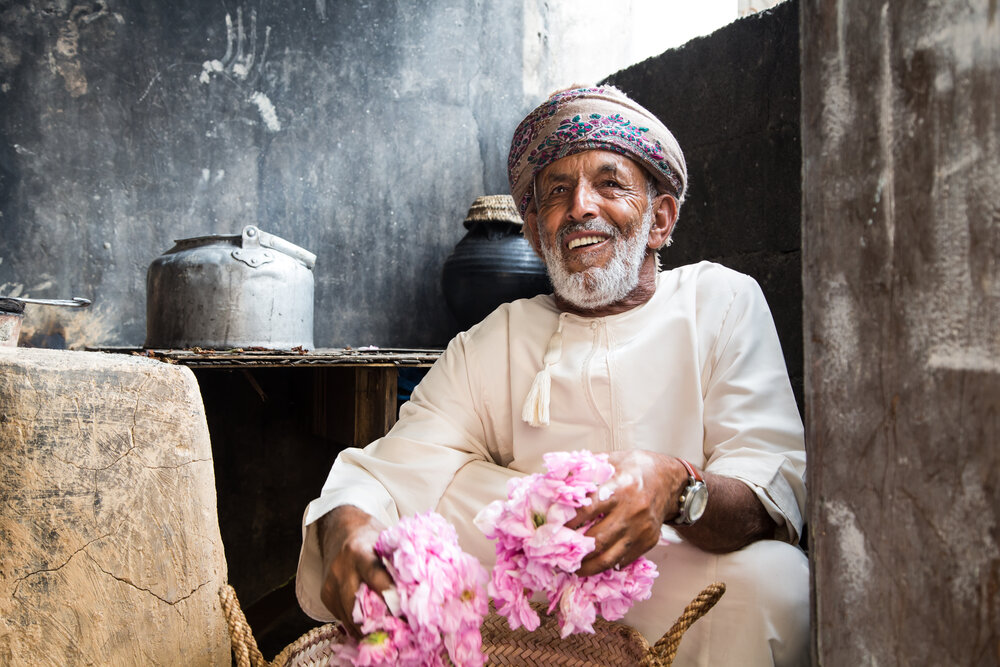 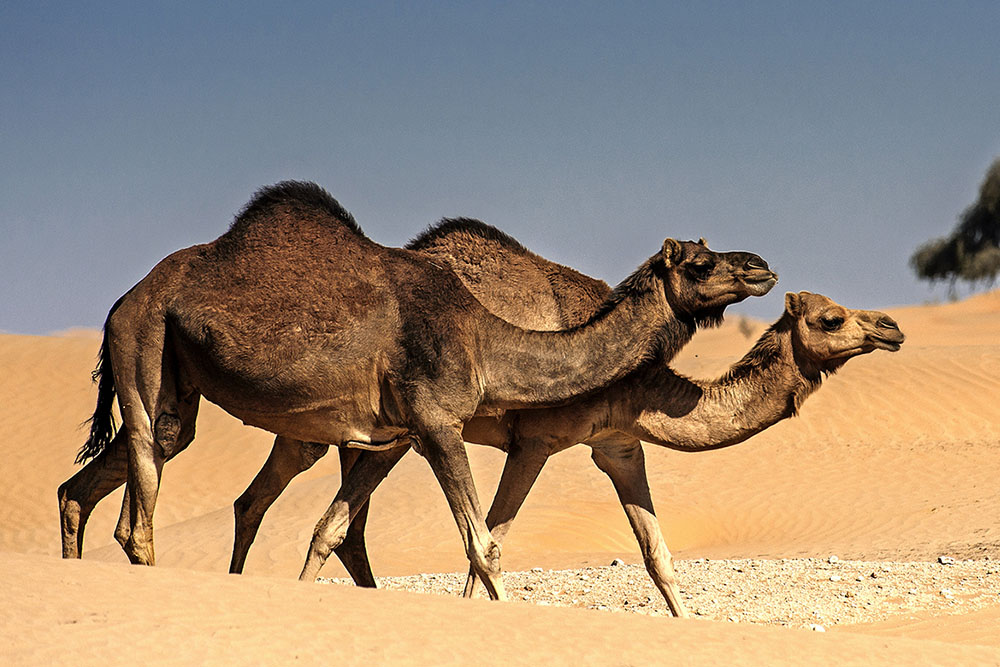 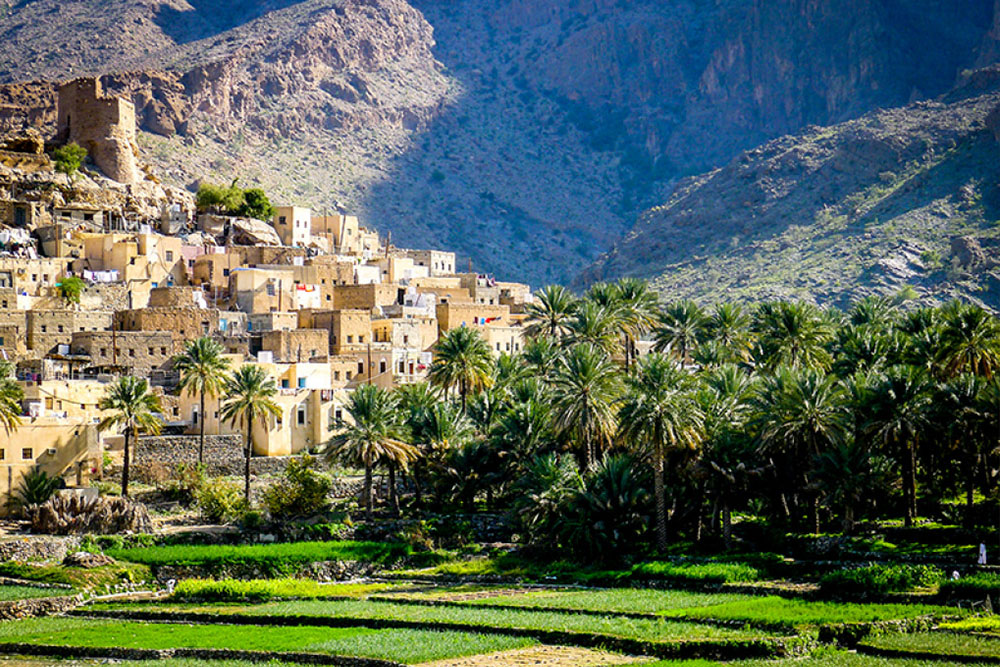 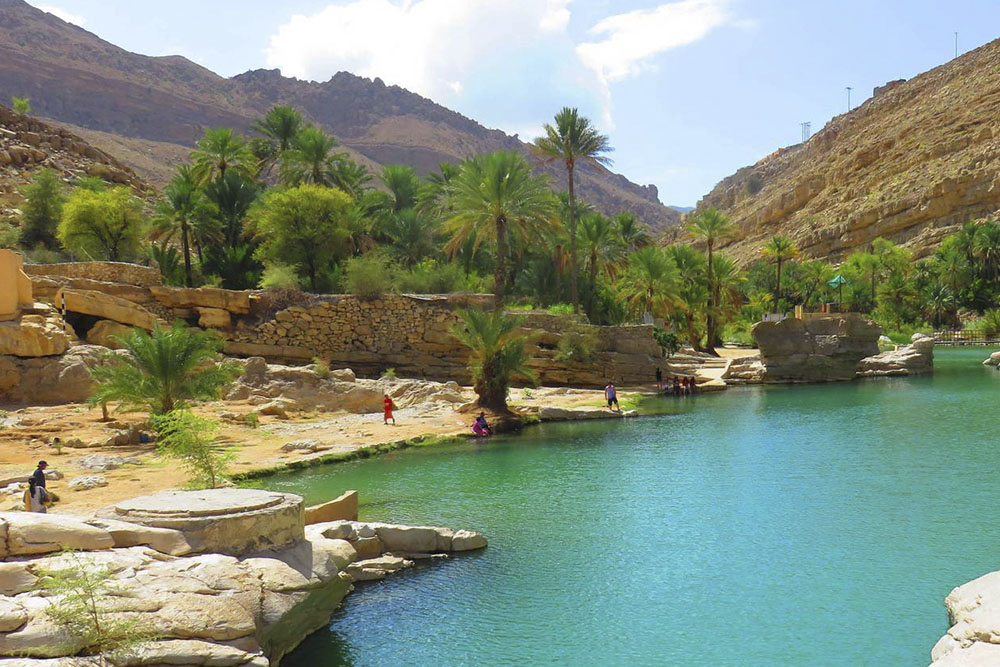