It is an absolute must for everyone who is visiting Dhofar, that you visit Rub Al Khali (The Empty Quarter), Dhofars’ most remarkable and popular site with its untouched and magical sand dunes. This will be an unforgettable memory to share with your family and friends back home. Start the tour from your hotel in the afternoon. After having a small break in Thumrait town, which was famous as a Bedouin settlement, proceed west on graded road crossing the huge gravel desert of “Al Nejd”. Arriving the sand desert in Al Khadaf, where the sand dunes emerge picturesque and spectacular, your experienced driver will drive up the hills in the most thrilling and exciting manner to show you an example of driving with force in the sand popularly known as Dune Bashing. In Rub Al Khali, enjoy the exciting and thrilling driving tactics in the fine sand of Arabian Desert. Enjoy a beautiful sunset over the sand dunes before you reach the camp site. Arabian Coffee and traditional dates are also served on arrival at the camp. Later you will be served a delicious Arabic style dinner and Shisha (the Arabic water pipe). Overnight at the Camp (Standard/basic camp)
On the following day, after the breakfast, proceed to the “Lost city of Ubar” (UNESCO World heritage site). This legendary ancient kingdom, known as Ubar, was said to have existed in one of the most inhospitable places on earth – a vast and forbidding Rub Al Khali desert, appropriately known as the Empty Quarter. According to myth, the desert swallowed up Ubar. Quite literally, it sank without trace -becoming the fabled “Atlantis of the Sands.” This once buried city, which was spotted by satellite, gives you a glimpse of the value of work carried out by a team of explorers in 1992, led by Sir Ranulph Fiennes. Drive into “Wadi Dawka” (UNESCO World heritage site), known as the “Frankincense Wadi”, which is also well-known as the biggest collection of the naturally grown Frankincense trees in the region. Experience the Frankincense and its use in the past as well as in the modern World. Return to Salalah before noon. 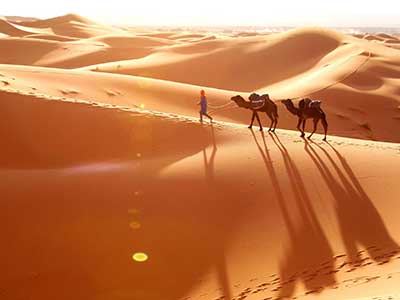 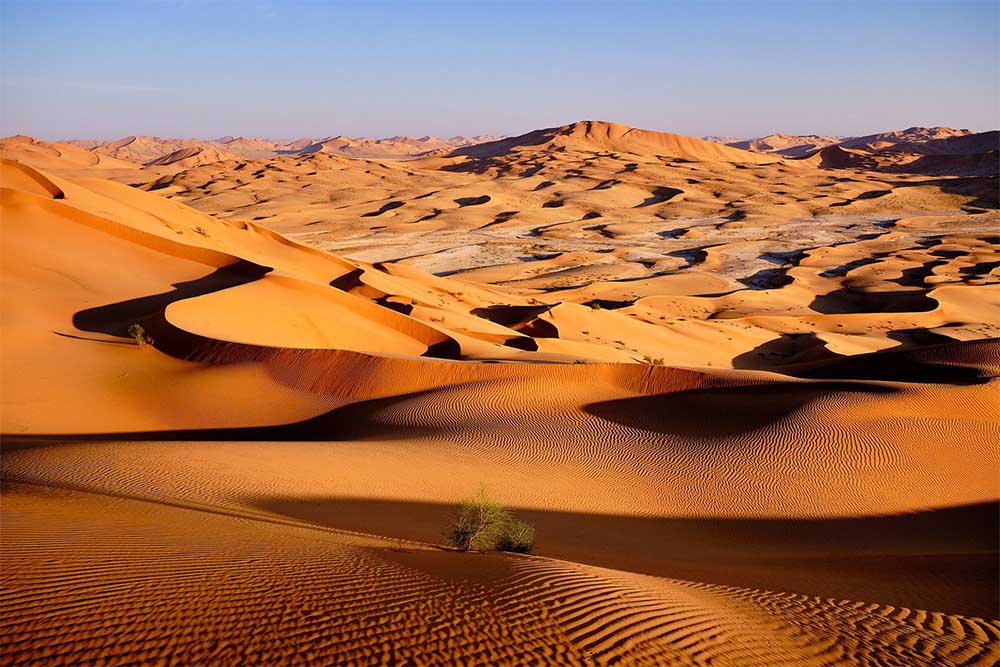 The Empty Quarter and Lost City of Ubar 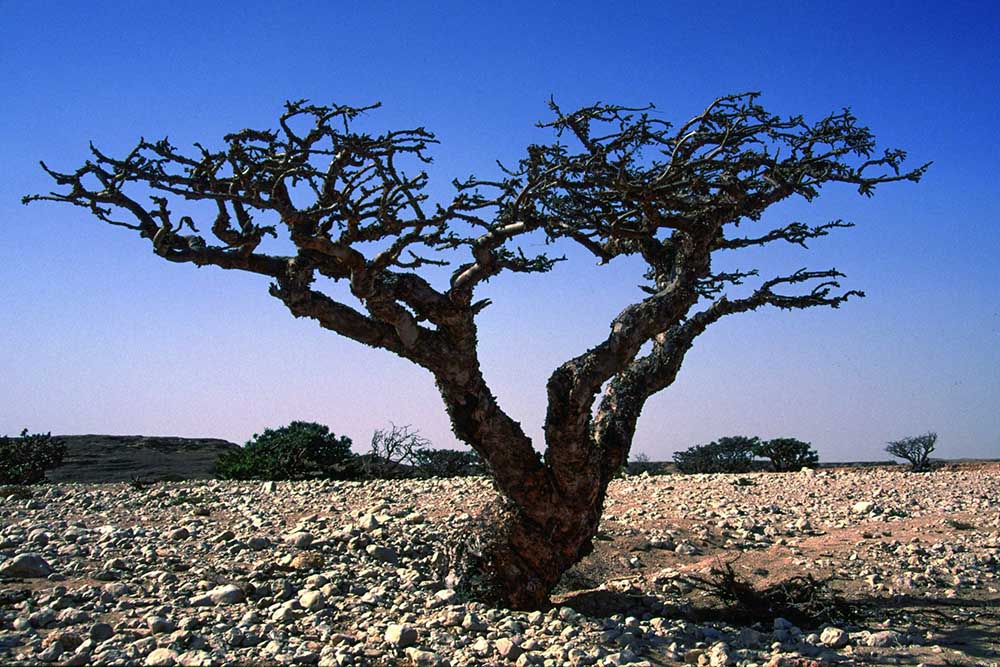 The East and West sides of Salalah 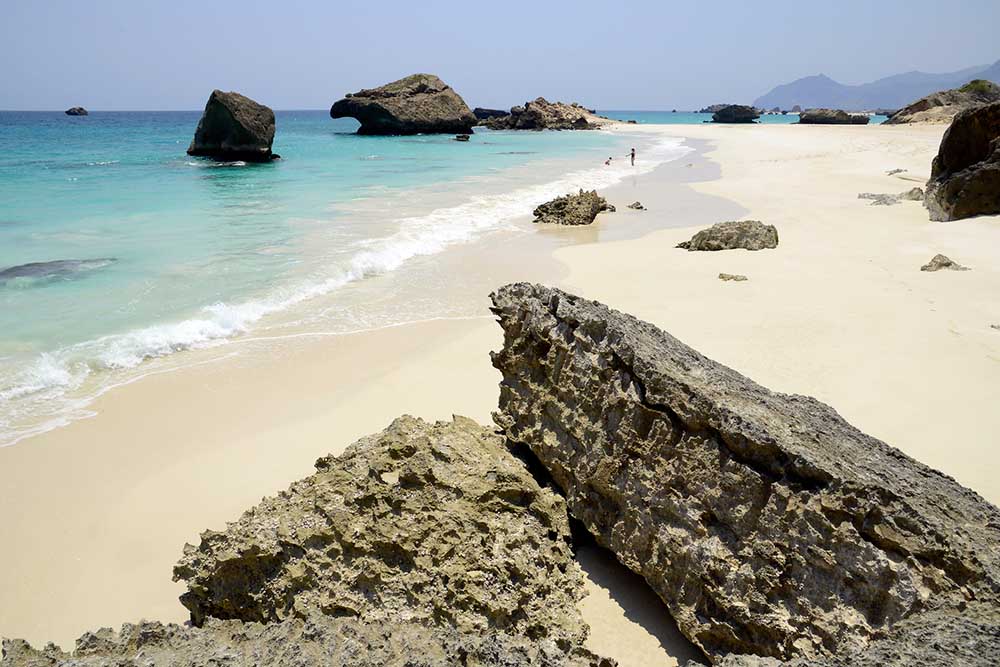 The Fazayah Beach on the west side of Salalah 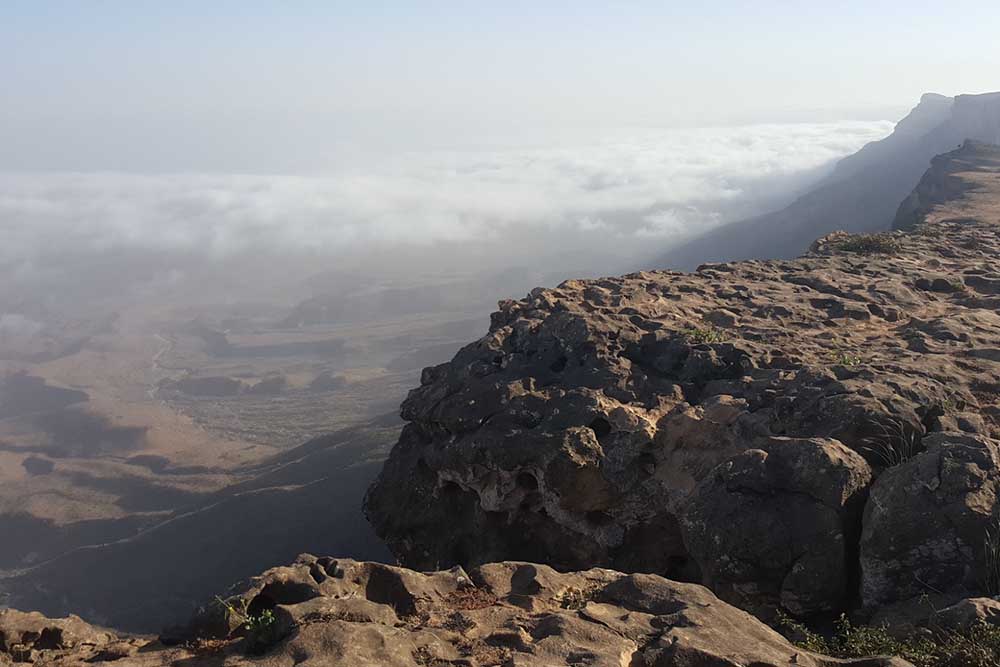